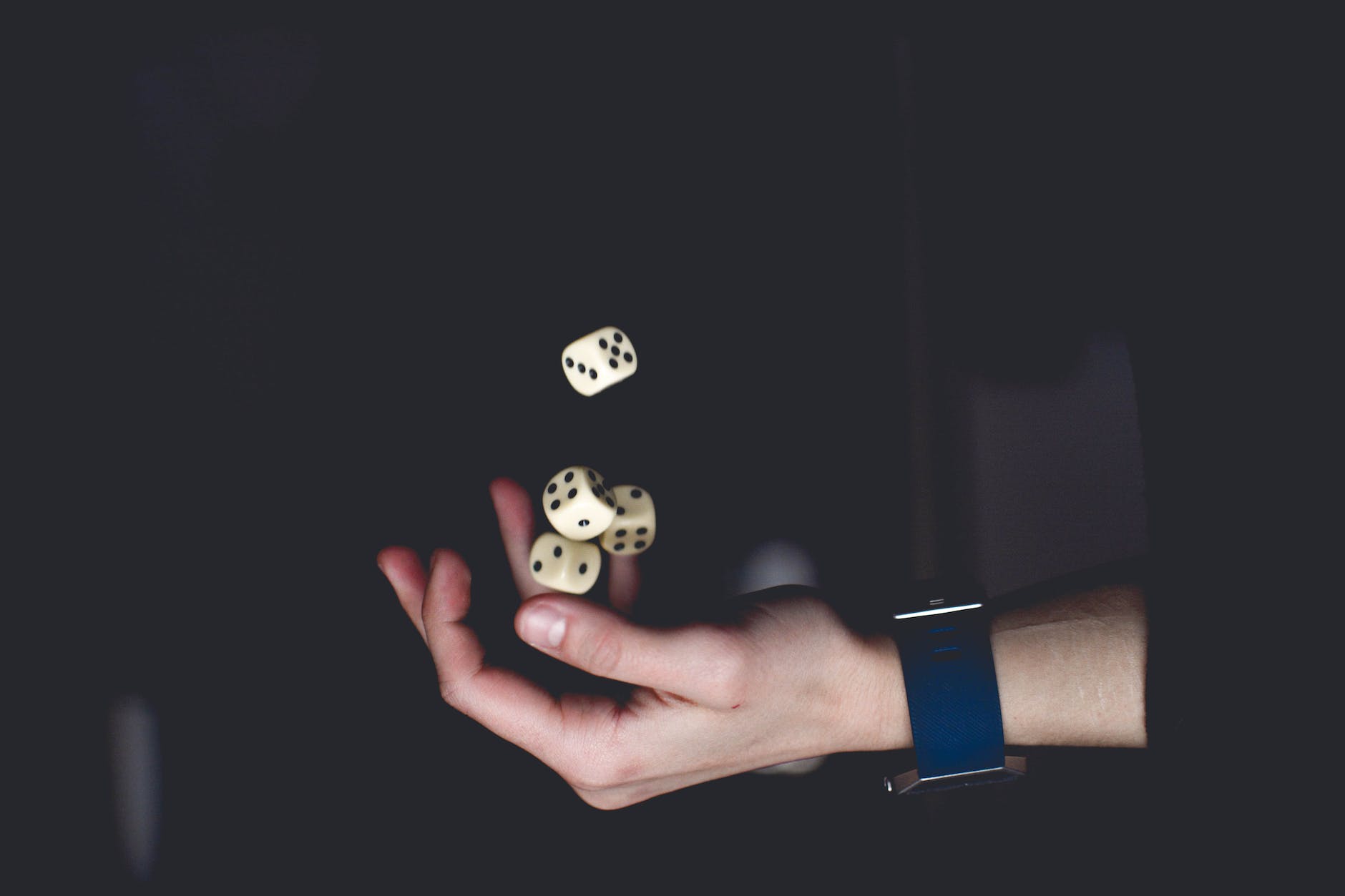 Do you know how to play Bunco? Whether you’re a beginner or have played this game at plenty of parties, this article will help you understand the game like never before. We’ve included every intricate rule to help you master the game. 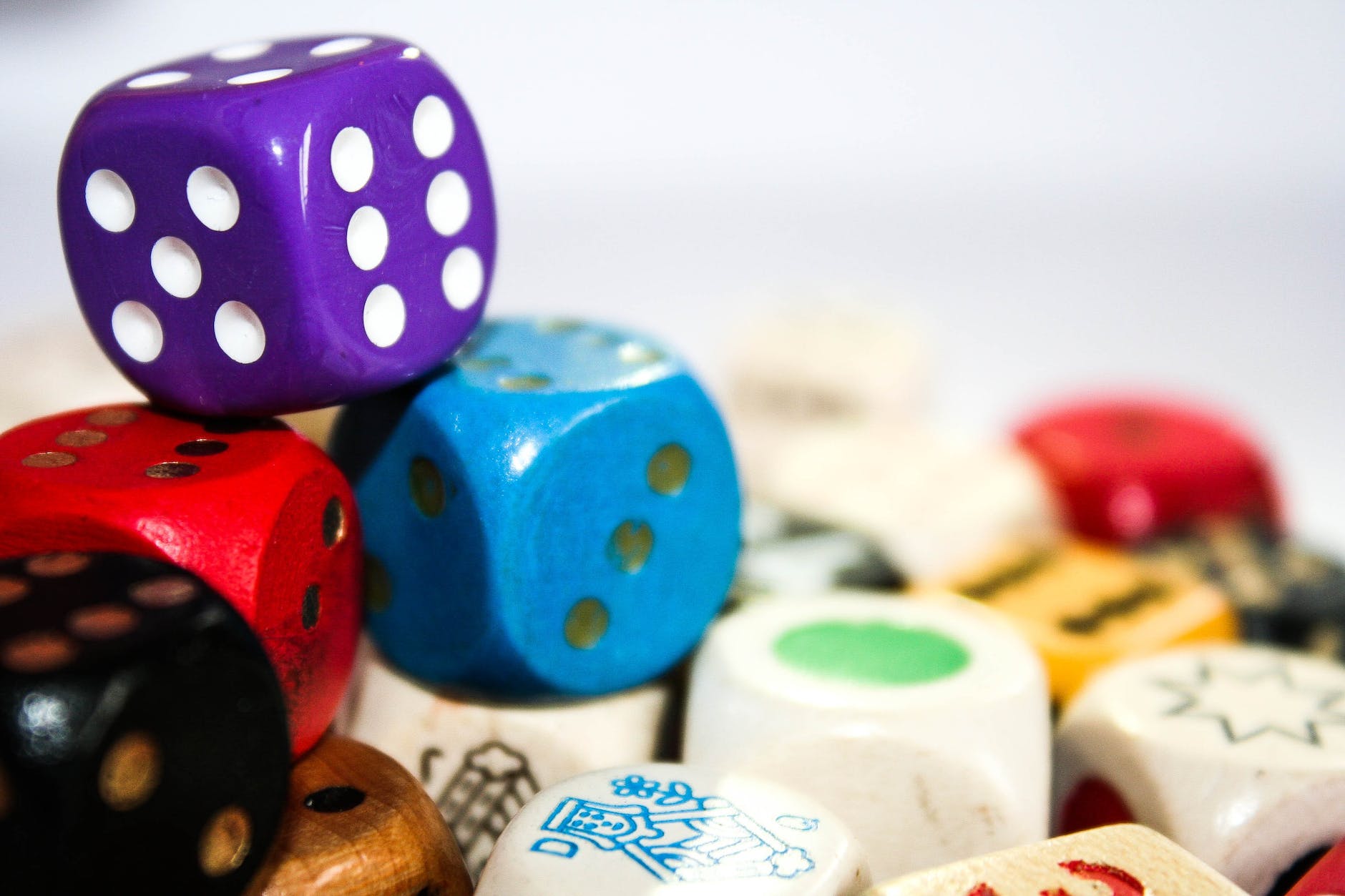 Bunco is a social dice game. Twelve players are divided into three groups of four, usually playing on their tables. Any number of people can play as long as the group is divisible by four, however. There are ways to play with a group that can’t be split up into fours, which you can find here.

The basics are simple enough that anyone can learn how to play Bunco. The game is played in two to four sets of six rounds each. Once the round begins, players at each table take turns rolling three dice. The goal is to roll three of the same numbers as the round you are playing. If it were round five, for instance, the goal would be to roll three fives.

Since that’s near impossible, players tally each matching number. If you rolled five three times during round five, then you would score three points. Players continue to roll until they score zero points, at which point they tally their score and wait for the other players to finish.

To keep up the pace of the game, the first player continues to roll until they score a zero. The dice are then passed to the next player and so on until everyone has had a turn to play. If any of the three tables reach a total of 21 points, the round is over. Everyone continues to take a turn until a score of 21 is reached in the meantime.

Once the round ends, players pick a new partner or change tables once they have played with everyone at their current table. The game continues for six rounds, with the winner receiving the most Buncos.

The game can also be played with different scenarios for has the most Buncos. Players could lose and have to drink, could earn prizes, or you could turn this into a betting game with your friends. The choice is yours, but the rules remain the same. 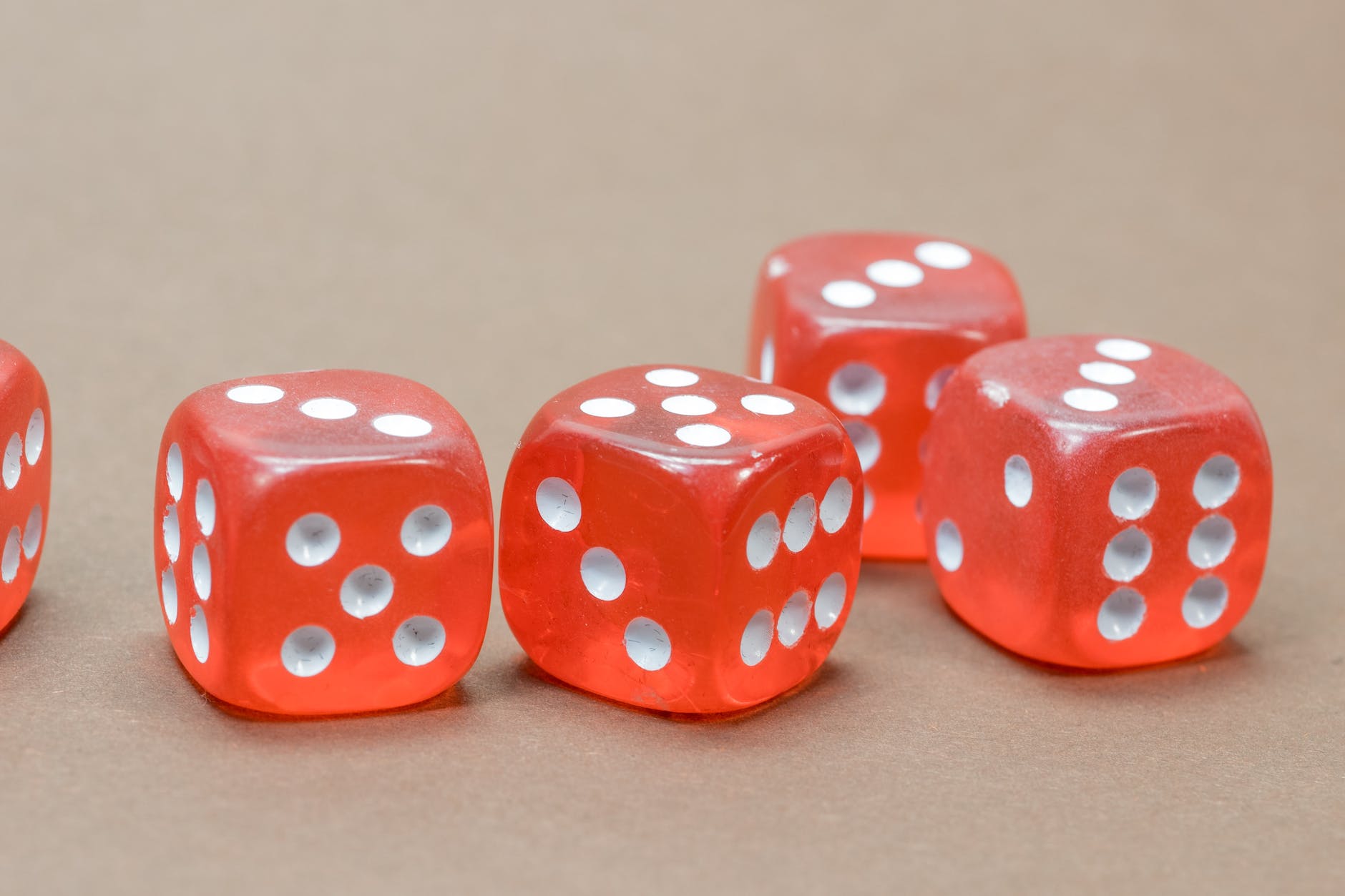 Those are the basics of the game, but it helps to understand the scoring process in detail before playing. Each player does earn a point for rolling the number of the round, with every matching number counting as one point.

If a player rolls three matching numbers, they receive a point for each plus an extra point. If you rolled three fives in round five, then you would score four points instead of just three. Scoring a Bunco, however, is different.

Claiming Bunco can only be done when a player rolls three matching numbers. If they forget to call Bunco, they only receive their four points. If the player yells out, “Bunco,” then they can instantly earn 21 points and end the round.

It is also possible to earn a mini Bunco. If you rolled three sixes in round five, you would receive five points for the roll, which is a mini Bunco. Players do not have to yell Bunco to receive these points. To better understand this scoring system, here’s how it breaks down:

The points gained do not increase for the round in this game. Players earn a single point for each matching number regardless of whether it is round one or round six. Keep in mind that the round can end whether or not someone gets a Bunco. If the table reaches 21 points regardless, the round ends.

When the round does end, players, who are rolling continue to roll until they receive no points. That means players can still roll and claim a Bunco after the round is over.

Each player keeps an individual scorecard, while each table keeps score for each round. The player with the most Buncos wins at the end, but tables should keep tally to make sure they do not exceed 21 points. You can pick up official scorecards, but the game is just as easily played with any piece of paper. 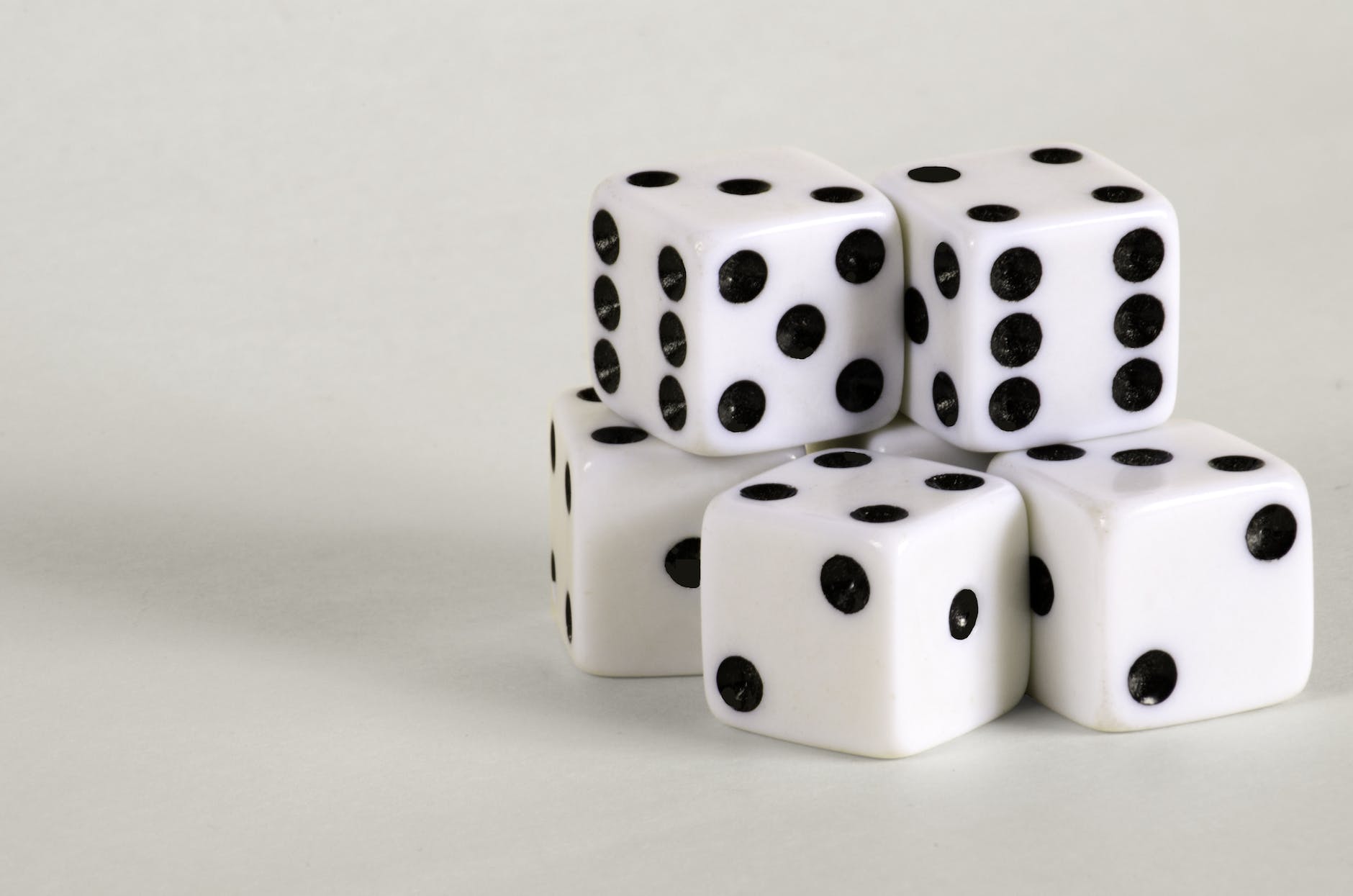 To play Bunco, you and your group will need a few key items. Dice are the most important. While a set of three dice for each table is ideal, you can make do with less as long as there are three dice total. Someone will also need paper and a pencil to keep track of everyone’s’ scores. It helps if each table can keep track of their scoring.

Signaling the start of each round in Bunco is usually done by ringing a bell. However, you can make do with any sound you like. Even if you just verbally let other players know the round is beginning or ending, you can still play. 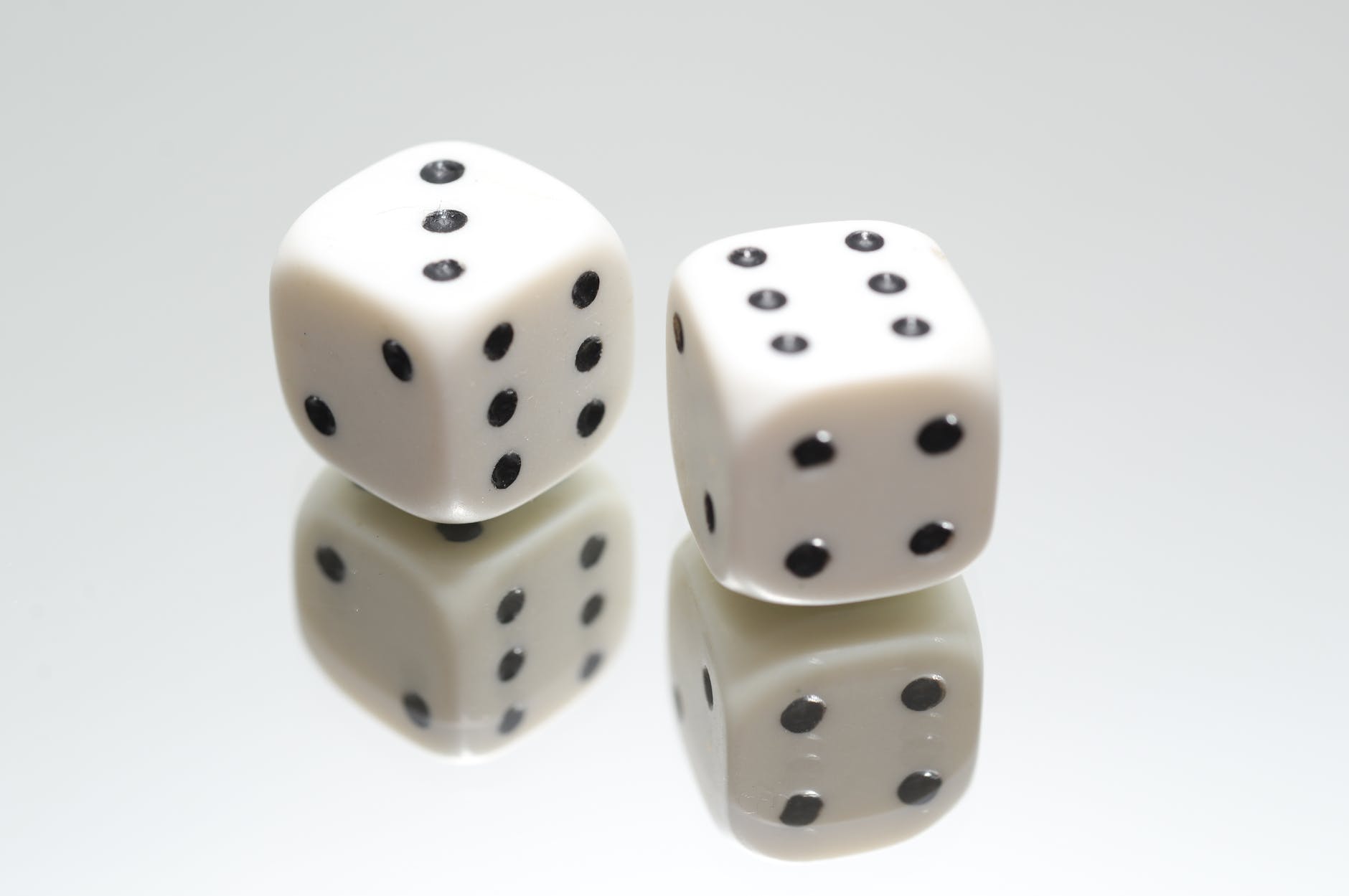 To help illustrate how to play Bunco, pay attention to the following scenario. Greg, Ryan, Jess, and Kate are playing the game. Greg is up first, and the round begins. He rolls two ones, and a three. That’s two points for Greg, and he gets to keep rolling.

Next, Greg rolls a four, a two, and a one. That’s one point for him and another roll. He then rolls two sixes and a three. Greg receives no points and passes the die to Ryan on his right. Ryan rolls four times with the following combinations:

Ryan receives four points and passes the dice to Jess. Jess rolls another four times, earning the same score as Greg before having to pass the dice after scoring no points. She hands them to Kate, who rolls three ones and yells, “Bunco!” The round is now over. Kate has scored 21 points and earned a Bunco, leading on the scoring board for now. Other tables would finish their rolls; then everyone would switch groups before the next round begins.

How to Change Tables

When a round ends, players tally up their scores. Each of the three tables should be numbers. One is the head table, the second is #2, and the third is #3. Since players played the round in pairs, there should be two winners from the head table. Those two do not change position for the next round.

Before the round begins, one player at each table must be responsible for keeping score. After everyone is settled, and the scorekeeper is decided, the next round can begin.

Once all six rounds are played, each player tallies up their scorecard. Each win for the round is marked with a “W” and each loss marked with an “L.” Whoever has the most wins and Buncos is the victor.

In the event of a tie, whether for the whole game or an individual round, players enter a “roll-off.” Each player rolls the dice one more time to score points, continuing to roll until they score none. Whichever of the two accumulate the most wins the tie. This can extend beyond two players, going on as long as it needs to for there to be a winner.

Traveling is the most popular add-on rule people use when playing Bunco. It requires a small bean bag or fuzzy die to play and can be a ton of fun.

Traveling only occurs if specific sets are rolled during the game. Players can determine what those sets are before the game begins. Hosts can choose any specific three numbers, like a trio of twos, or choose any mini Bunco in any round of the game.

When that trio is rolled, the players shout, “Traveling!” and toss the bean bag to the lucky player. That player must hold the bean bag until another player rolls travel. Whoever is left holding the bag at the end of the game wins a special prize.

View all of Stefan Smith's posts.